The Norwegian Forest Cat- A distinct and gentle family pet 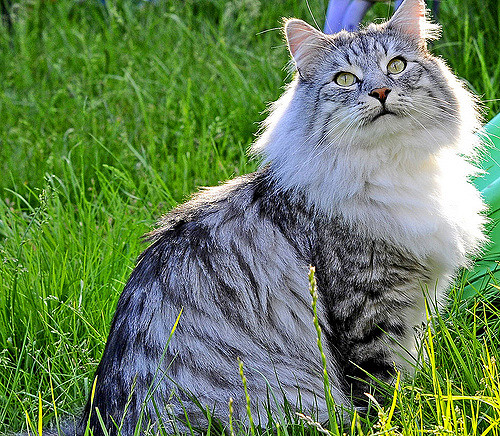 There is a gentle giant that once roamed the Scandinavian forest floor. This beautiful creature is the Norwegian Forest Cat. These cats are no longer hunters in the forest, instead, they have become a distinct and gentle family pet. The Norwegian Forest Cat is commonly referred to as the Wegie, or even the Skogkatt which is “forest cat” in Norwegian.

Wegies have a long and fascinating history. They are the source of various legends including that of the Goddess Freya. It is said that the Norwegian Forest Cat pulled her chariot throughout the sky! This, of course, is a fairy tale from Norse mythology. A more likely depiction of the Norwegian Forest Cat’s history involves the ancient Vikings. It is thought that the Vikings would gather these cats and bring them aboard their ships. Wegies were then responsible for hunting ship rats in exchange for shelter and passage to other lands. Their hunting abilities were also used by farmers who would then offer their companionship to the cats. The Norwegian Forest Cat was deemed the official cat of Norway by King Olaf V. Wegies were not considered a breed until 1938 even though they had existed for over 4,000 years. The Norwegian Forest Cat bloodline was finally preserved in the 1970’s by Norwegian breeders. They then made their way to the United States of America in 1979. It was not long after their arrival to the States that Wegies were recognized by the International Cat Association (1984) and finally became members of the Cat Fanciers Association in 1993.

Wegies have a straight profile for the most part. They have a very strong build that makes them intimidating to many other animals including squirrels, mice, rats and other cat breeds. Healthy adult female Wegies, on average, weigh in at about 8 pounds to 10 pounds compared to healthy male Wegies who can weigh anywhere between 12 pounds and 16.5 pounds, on average. Both genders are equipped with long legs making them a tall cat breed as well. One of their most prominent physical features is their fur coat and tail. They have a semi-long haired coat that is thick with a waterproof double layer of fur. This coat makes them suitable for cooler temperatures and is how they survived the harsh Scandinavian winters. Wegies come in a variety of coat colors and patterns including solid colors, tabby, patched, and tortoiseshell. Their eyes are another striking feature of the breed. Wegies 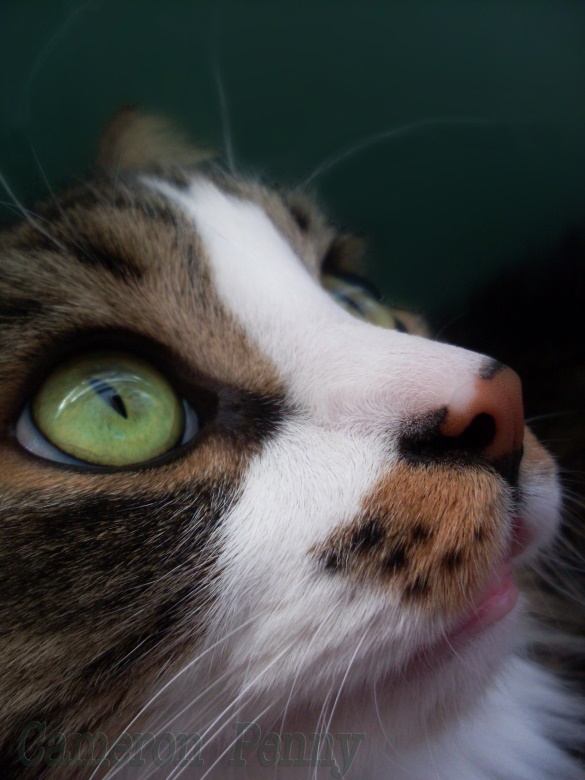 have large almond shaped eyes that are typically a shade of green. The Norwegian Forest Cat is also very distinctive due to their triangle-shaped head which is not a standard feline feature. If a Wegie has a caring and responsible family, they are capable of living a long healthy and happy life for approximately 16+ years.

The Norwegian Forest Cat is a loving and gentle giant. They have a tendency of growing very attached to their families but, they are not one to beg for attention. Owners should expect a head-butt or two throughout the day when a Wegie is showing affection. Wegies typically do not make very much noise. Their instinct is to remain as quiet as possible to avoid losing their prey. However, domesticated Norwegian Forest Cats may meow from time to time to signal to their owners that they are hungry. Owners of this agile cat breed should be aware of their climbing tendencies. Wegies instinctually enjoy being up high. Properly placed cat trees around the home may keep him off of the top of the refrigerator. However, potential owners of a Norwegian Forest Cat that already own an aquarium should take caution! Wegies naturally do not fear the water and may want to go fishing for a pet goldfish snack. The Norwegian Forest Cat is an intelligent, independent, loving, and adventurous cat breed. They will love their family members including any children or cat-friendly dogs that also live in the home. These felines could be the perfect addition to any family dynamic.

Feeding a Norwegian Forest Cat is not as simple as it was for the Vikings. Viking ships had an abundance of rats and other unwanted creatures for the Wegies to hunt and eat. Today, these felines should be fed a nutritious diet of dry cat food that is appropriately formulated for their activity level and age. Grooming a Wegie is imperative to their comfort. Their semi-long haired fur coat may become matted or dirty if it is not properly brushed and washed regularly. Bathing should be done on occasion and will be difficult as their coats are almost entirely waterproof. Wiping their fur with a moist towel or kitty wipes will help keep them clean and odorless. 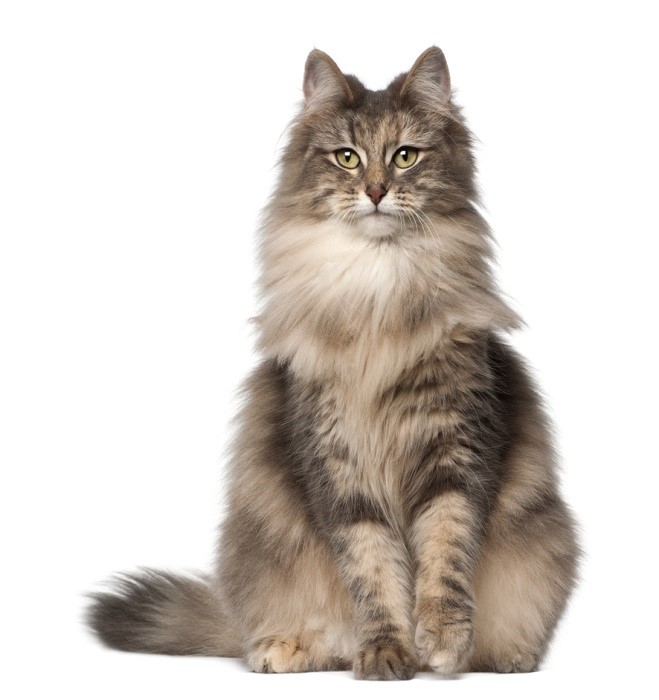 Norwegian Forest Cats should have their teeth brushed weekly to help prevent periodontal disease. Their eyes may need to be wiped with a damp, clean cloth daily if there is any eye discharge. Their ears may need to be cleaned weekly with a cotton ball if they are dirty or if there is an odor. A Wegie’s litter box should be cleaned daily. They are sensitive to smells and may refuse to use their litter box if it is dirty. Norwegian Forest Cats should be played with and given plenty of exercises each day. This will help prevent feline obesity and boredom. Owners may want to consider purchasing a harness and leash if they wish to allow their Wegie to go outside for a walk. Norwegian Forest Cats would make wonderful apartment dwellers as long as they are given play and exercise each day. Cat trees, cat toys, and scratching posts are highly recommended to make the space feel like home for him. Potential owners should be aware that Norwegian Forest Cats can be prone to health problems including Glycogen Storage Disease IV, Hypertrophic Cardiomyopathy, Polycystic Kidney Disease, and Retinal Dysplasia. Choose a reputable breeder with healthy animals from which to purchase your Wegie!

Wegies are very similar to the Maine Coon cat breed. In fact, they are so similar that they are often mistaken for each other. Fortunately, the Norwegian Forest Cat has various characteristics that distinguish him from the Maine Coon. These features include personality, eye shape, and their fur coat. To the untrained eye, the two breeds could be interchangeable. However, the Norwegian Forest Cat truly compares to no other!